Officials with EMBARK, the Federal Transit Administration, and the City of Oklahoma City today celebrated the groundbreaking for the region's first bus rapid transit system known as RAPID.The first line is expected to begin service in Fall 2023.

"Modern cities demand world-class transit systems to move people, connect neighborhoods, and drive vitality," said Oklahoma City Mayor David Holt. "Today's groundbreaking represents an unwavering commitment to our city's continued growth, livelihood, and accessibility. I commend the dedicated individuals who have worked to foster strategic partnerships on many levels so that we, as a city, continue to enhance and increase public transit options for all of OKC."

The first RAPID line will have 32 stops, stretch 9.5 miles each way, and integrate into the more extensive EMBARK transit network. This RAPID NW line travels through the OKC downtown core and travels through one of the region's most job-dense and high-traffic corridors, connecting downtown OKC to Classen Boulevard and along Northwest Expressway to Meridian. Over 20% of the region's jobs are located within a half-mile of the Northwest line, which is estimated to include roughly 91,000 jobs.

Construction is expected to begin at four locations along the RAPID NW corridor. Those locations include:

Oklahoma City-based Rudy Construction was awarded the construction contract. HNTB engineered the NW line. Last month, EMBARK officials unveiled the first of nine RAPID vehicles to the public during a transit vehicle showcase. RAPID vehicles are equipped with luxury seating and amenities that provide an elevated transit experience for customers.

"This is an exciting day for public transportation in Oklahoma City, and I am honored to join all of you for today’s event celebrating the RAPID Northwest line - a milestone that is the beginning of an even better future, a sustainable future for residents and visitors of the Central Oklahoma region,” said Gail Lyssy, FTA Region VI Administrator.

Bus Rapid Transit (BRT) was first identified as a viable public transit option in the 2005 Fixed Guideway Plan,followed by a concept plan in 2016 with a preliminary design for the first line completed in 2020.

RAPID is a high-frequency service that will transport thousands of residents and employees to areas of interest through an elevated rider experience using advanced technology and service models. Partial funding for the RAPID NW line comes from a Federal BUILD (Better Utilizing Investments to Leverage Development) Grant with project assistance from OKC Public Works, Oklahoma City Water Utilities Trust, Oklahoma Department of Transportation, and the Federal Transit Administration. Additional RAPID lines are expected as part of the Oklahoma City MAPS4 transit projects.

EMBARK officials have established an ongoing newsletter to update residents on construction progress. Residents can visit embarkok.com/brt for more information and register for the newsletter. 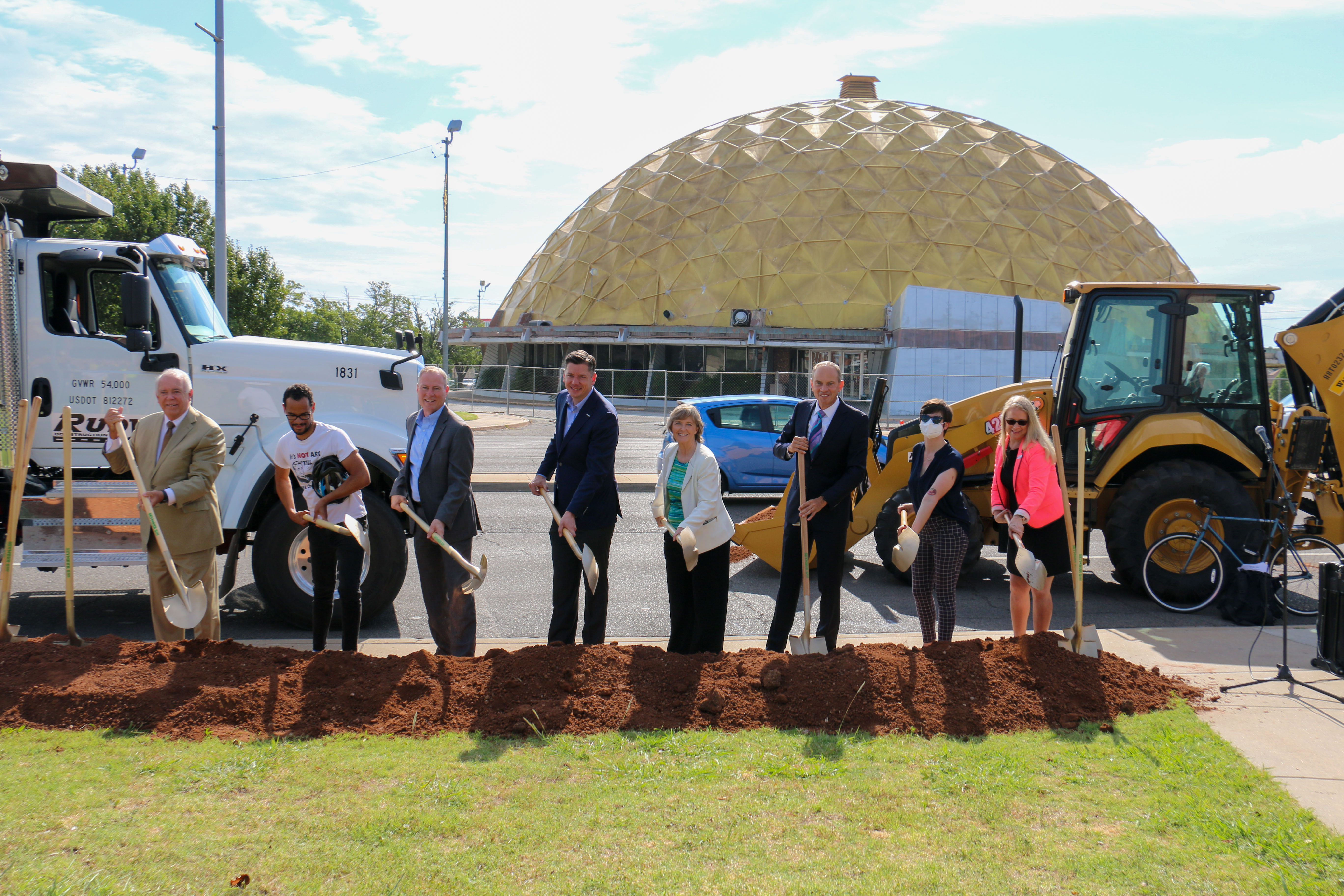 EMBARK is the business unit of the Central Oklahoma Transportation & Parking Authority (COTPA) – a public trust administered by the City of Oklahoma City.

EMBARK's vision is to be world-class transportation that is accessible to all, and all want to access it. EMBARK's mission is to be a self-sustaining transportation network that removes barriers of location and socioeconomic status, while elevating the status and use of public transportation so all of central Oklahoma can safely and quickly reach their destination.