OKLAHOMA CITY – The Central Oklahoma Transportation and Parking Authority Board of Trustees recently approved “RAPID” as the name for EMBARK’s Bus Rapid Transit (BRT) system that is expected to begin service in late 2023. Today, the board received the final brand package for RAPID that includes a logo and other conceptual elements for the vehicle and platform.

“EMBARK’s vision is to deliver world-class transportation to our region. RAPID helps us move closer to that vision by creating connections where people can move more freely,” said Jason Ferbrache, EMBARK Administrator. “Stakeholders shared that the brand should be inviting, progressive, and sleek – that’s what we delivered.”

The brand strategy was created by Koch Comm, a local PR, digital and creative firm in Oklahoma City, with input from stakeholders. EMBARK and Koch Comm solicited input throughout the months-long process that involved EMBARK staff, city and industry leaders as well as a community workgroup of business owners, community leaders and residents. That process uncovered common themes and opinions.

“From our research and focus group conversations, it became exceedingly clear how committed the community is to supporting robust transit options that improve the accessibility to our neighborhoods, businesses and public spaces,” said Kym Koch-Thompson, principal of Koch Comm. “We are honored to have a role in the branding of a project with such magnitude and influence on the future of our city.”

RAPID Northwest will be the system’s first line, connecting downtown OKC to the northwest side of Oklahoma City. It originates downtown and travels 9-1/2 miles each way through Classen Boulevard and Northwest Expressway. It is estimated that over 20% of the region’s jobs and around 40,000 residents live within 1/2 mile of the first line, making it one of the most job-dense and traffic-filled areas in EMBARK’s service area. 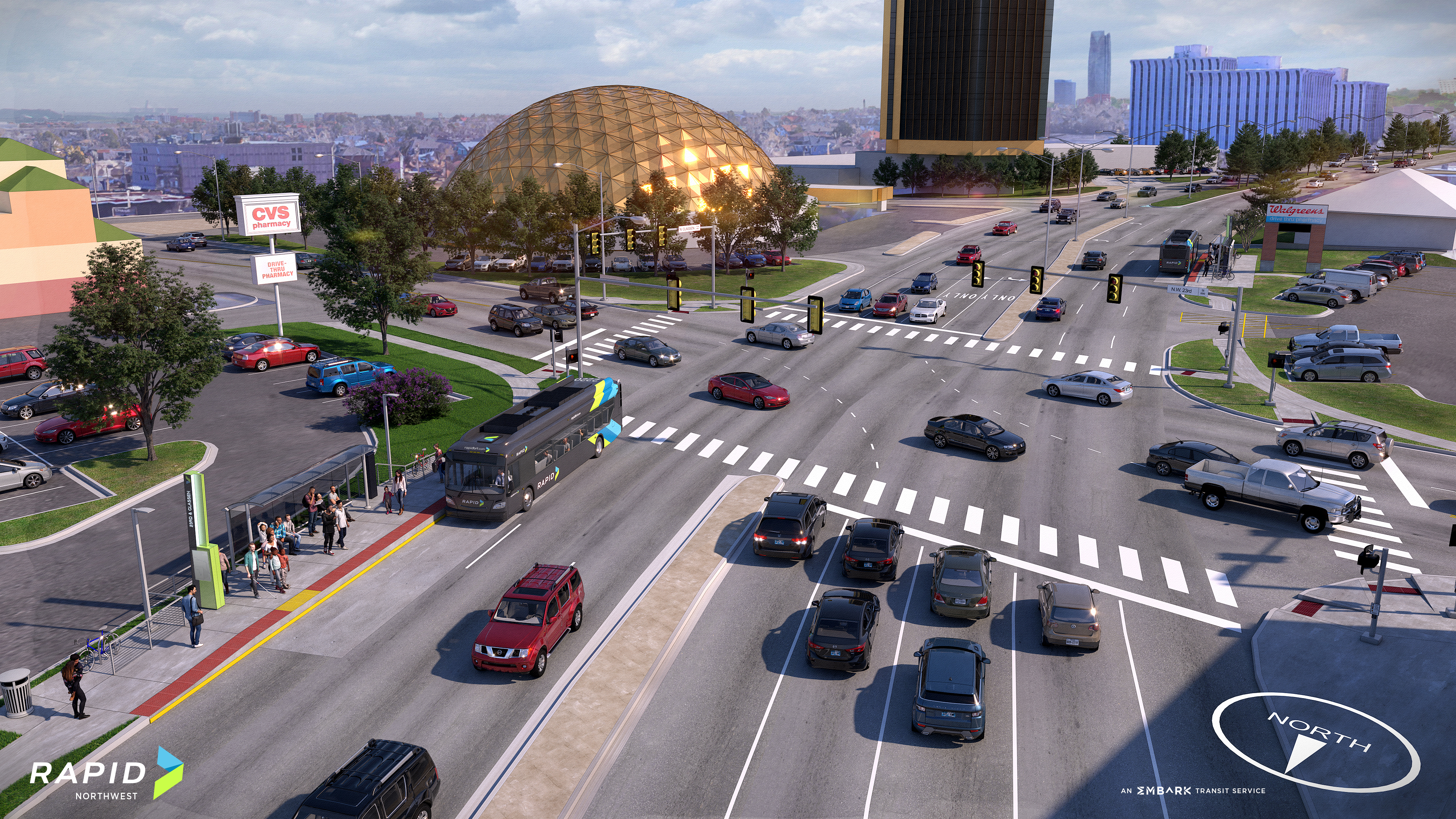 “RAPID offers our district a way to embrace connectivity between our community with other neighborhoods,” said Thuan Nguyen, chair of the Oklahoma City Asian District Cultural Association and member of the BRT community workgroup. “It is an honor and great example of public and private organizations working together toward a shared goal that benefits current and future visitors, residents, and members of our community.”

EMBARK is the business unit of the Central Oklahoma Transportation & Parking Authority (COTPA) – a public trust administered by the City of Oklahoma City.

EMBARK's vision is to be world-class transportation that is accessible to all, and all want to access it. EMBARK's mission is to be a self-sustaining transportation network that removes barriers of location and socioeconomic status, while elevating the status and use of public transportation so all of central Oklahoma can safely and quickly reach their destination.